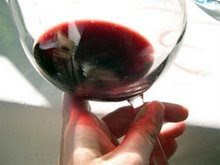 Step 1: Understanding the relationship between cancer and food
Epidemiologists who have studied the prevalence of cancer amongst the different populations of the world have found that diet determines 40 percent of all cancers. The incidence of different types of cancer in different regions points to diet being instrumental in the causing of cancer. Studies appear to disprove genetic determinants, as cancer incidence amongst immigrants to a new country quickly takes on the characteristic incidence of those already living there.


Eating the wrong type of food can increase one’s chances of getting cancer by 40 percent. Eating the right kind of food containing cancer-fighting molecules, such as fruit and vegetables, can make a huge difference.

Genetic factors also play a role. It does sometimes happen that healthy young people who get exercise, eat healthily, stay out of the sun, don’t smoke and don’t drink, get cancer. To a certain degree, it remains a mysterious disease, but one, if detected early, that can mostly be sorted out by means of the right medical attention.

Cancer occurs when there is a mutation of the DNA. It is when something goes wrong with the DNA that cancerous cells gain a foothold. Many of the foods we eat that contain anti-oxidants and anti-carcinogenics and other cancer-fighting chemicals, close ranks around our DNA, which prevents cancerous mutations.

Step 2: Adopting new healthy habits
There are many ways in which individuals can lower their cancer risk by changing their habits:

Stop smoking.
Don’t drink more than two drinks daily.
Stay away from known cancer-causing substances, pollutants and chemicals.
Don’t get sunburnt.
Visit your doctor if you stay tired, or take too long to recover from an illness.
Exercise three to four times weekly.
Lose weight if you are overweight.
Watch your diet. Certain foodstuffs are anti-carcinogenic, others have antioxidant properties and others are high in fibre. Some foods should be avoided and others need to be consumed in greater quantities.
Step 3: The basic principles of diet in the prevention of cancer
Major problems of the modern Western diet:
1. Too much fat. We consume far too many fats, and specifically Omega 6 fatty acids and trans fatty acids, and too little Omega 3 fatty acids. Omega-6-fatty acids are found in fatty foods, margarine, and most importantly, sunflower cooking oil, and trans fatty acids in brick margarine and reheated oil.

Omega 3 fatty acids, which are good for us and help in the fight against cancer, are contained in cold-pressed olive oil and the much cheaper Canola Oil.

The diet of the hunter-gatherer resulted in his having a 1/1 ratio of Omega 6/ Omega 3 fatty acids. The ration in the Western countries today is 10/1. It is not difficult to see that this change must have some impact.

The incidence of cancer, especially breast and prostate cancer, has increased dramatically in the last few years. The former seems to increase dramatically in a population where the per capita fat intake is high.

Refined foods used to be only available to the very rich, whereas the general population tended to eat more healthy and less expensive wholewheat products. With the advent of the Industrial Revolution, it became easy to refine all wheat, thereby removing much of the nutritional value it contained.

3. We consume too little anti-carcinogenics. Huge studies have been done in the USA with the help of the so-called Cohort Group of 100 000 volunteers, who are all in some way involved with the medical profession. Professor Walter Willet has also found that the lack of protective factors appears to be more important than excessive harmful factors in the diet.

It has been found that the red colourant in tomatoes suppresses the incidence of prostate cancer by up to 50 percent. Tomatoes in all its forms, cooked, raw, pureed in tins or tomato sauce is a powerful anti-oxidant and should be consumed by everyone in vast quantities. It is also cheap and freely available.
There are chemicals in garlic and onion that stimulate the production of enzymes that neutralise cancer-producing cells.
Fresh fruit and vegetables contain lots of anti-carcinogenics.
Don’ts:
Limit or avoid the following foodstuffs:

Foodstuffs high in B vitamins and folic acid, such as green beans and spinach.
Foods containing Omega-3 fatty acids, such as fish (tuna, salmon and mackerel, in particular) and olive oil not only lower cholesterol, but play an important role in combating the damage done by Omega 6 fatty acids.
Fresh fruit and vegetables should be eaten regularly, as should wholewheat grain products. In particular, vegetables that have cancer-fighting properties include green leafy vegetables and garlic and onions, both of which produce enzymes that neutralise cancer-producing cells. High consumption of tomatoes is also very beneficial.
Read comments below for research on red wine and cancer.

Email ThisBlogThis!Share to TwitterShare to FacebookShare to Pinterest
Labels: Cancer and diet

Thank you for addressing cancer and diet. We need this reminder daily! For those of us that do not smoke, eating a healthy diet is the number one thing we can do to reduce our risk of developing cancer.

A few ideas to add:
- men should limit their alcohol intake to two drinks per day, but women should only have one maximum. More than one drink in women raises their risk of breast cancer. For those that are trying to benefit from the studies on red wine, do so only if you can limit intake to only that above. Alcohol is currently responsible for 3.6 percent of cancer deaths in the U.S.

-Eat a variety of foods. This maximizes the chance of obtaining the phytochemicals that help prevent cancer, and limits your exposure to possible carcinogens in certain foods we are unaware of. The combination of different foods is important. In animal studies the combination of tomatoes and broccoli has a greater effect on decreasing tumor size than that expected by each vegetable alone. Also, the Mediterranean diet has been shown to lower death from ALL causes, more than that expected by studies done on the individual components alone.

Eating 5 to 9 servings per day of fruits and vegetables halves the risk of developing cancer. Become creative in methods of consuming these!

Avoid fast food. People who eat at fast food establishments two or more times per week, are twice as
likely to be obese, and three times more likely to develop diabetes. Obesity and diabetes both raise the risk of developing cancer.

Thank you again for your effort to help lower cancer risk!

Thankyou Lynne for your comment! That had greatly increased the impact of my post. I agree with your suggestions and visited your webpage which is a great resource.